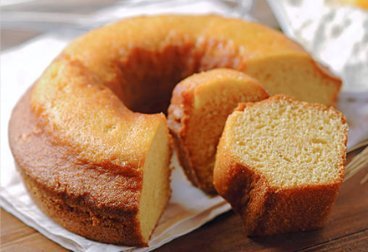 At Masis Bakery, our respect for the history of baking is part of our approach to handcrafting delicious baked goods for our community every day. But have you ever stopped to think about how baking got started, or who was the first person to uncover the secrets of this special discipline of cooking?

Baking In The Roman Empire

The truth is, we?re not quite sure exactly how baking first arose (no pun intended), because the art of baking has been a treasured activity for thousands of years. However, the historical record starts to become a little more clear around 300 B.C., as bakeries began to pop up all over the place in Ancient Rome. In the days of the Roman Empire, baked goods were hugely popular, particularly for important occasions such as weddings or celebrations. It?s likely that baked items began to be associated with social gatherings and the community at large around this time.

As you know if you?ve ever tried to bake yourself, baking is equal parts art and science, and can be quite tricky to master. That explains why the first bakers? guild was established in 168 B.C. in Ancient Rome, so that the bakers of antiquity could share their trade secrets with one another. Soon, bakeries became gathering places, and open-air stalls began appearing all over the streets of Rome so that people could literally go collect their daily bread.

The Best Thing Since Sliced Bread

One of the beautiful things about bakeries and baking is that this tradition continued virtually unchanged, save for some minor advances in kitchen technology, until the early 20th century. Of course, in 1928, the next great step forward occurred in bread baking: the invention of the automatic bread slicer! We take pre-sliced bread for granted today, but at the time, people were skeptical of this new change. Though it was more convenient, bread goes stale more quickly when it is pre-sliced, and people of the time were used to saving their food items a lot longer than we do today.

Despite that, a bakery in Missouri achieved great popularity through their use of the bread slicer, and bread connoisseurs everywhere never looked back. Today, baking equipment and techniques have reached unprecedented heights, leading to the kind of high-quality baked goods produced day in and day out at Masis Bakery week after week.

Do you have a favorite memory associated with baking, whether it?s in your kitchen or ours? We?d love to hear about it the next time you stop in!